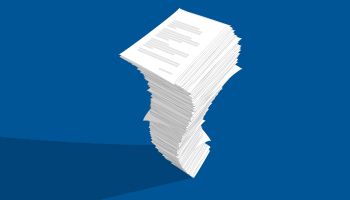 As I started this post, flying back from yet another conference, I was reminded that we may be too busy, as AML professionals, to stay current with new information, guidance, and other documents to actually read them for ourselves.

All too often we read headlines—even tweets—and not articles or even documents. Perhaps we read summaries, but not the original text, and we miss context, details—and some facts.

Don’t believe every summary you read

For example, I just read an interview with a consultant who is trying to argue that the most recent version of the FFIEC Examination Manual contains new requirements.

For the record: No, it doesn’t—the updates are just that, a centralizing of previously issued guidance in the manual.

Folks, read the materials for yourself. For example …

This leads me to the recent release of the U.S. Treasury’s National Money Laundering Risk Assessment (NMLRA) and the National Terrorist Financing Risk Assessment (NTFRA). These documents are welcome additions to the resources needed by compliance professionals. I said as much to a reporter in a recent account of this announcement.

The documents provide a detailed list of cases, risks, and vulnerabilities compiled from over 5,000 cases and input from a large number of government agencies.

As for input from the private sector, where did that come from?

Well, is that really “input”?

Would AML professionals have added insight to all these challenging areas? Yes, without question. Sadly, with all this talk of outreach, this document lacks any from the private sector.

However, read the materials yourself and don’t rely on any of us experts to interpret. But I’ll certainly direct you to relevant sections, below.

The National Money Laundering Risk Assessment makes a rather controversial statement, and then seems to contradict it.

“This assessment finds that the underlying money laundering vulnerabilities remain largely the same as those identified in the 2005 United States Money Laundering Threat Assessment.” [Emphasis added.]

Really? With virtual currency, mobile banking, remote deposit capture … I could go on.

Then the authors go on to point out that:

“The breadth of products and services offered by U.S. financial institutions and the range of customers served and technology deployed, creates a complex, dynamic environment in which legitimate and illegitimate actors are continuously seeking opportunities.”

Seems to me that a lot has changed in ten years.

There are some new statistics and points of emphasis that warrant mentioning.

For example, we have long felt that AML needs to coordinate and cooperate with the fraud side of the institution. For confirmation of that, here is the NMLRA:

“Fraud encompasses a number of distinct crimes, which together generate the largest volume of illicit proceeds in the United States. Fraud perpetrated against federal government programs, including false claims for federal tax refunds, Medicare and Medicaid reimbursement, and food and nutrition subsidies, represent only one category of fraud but one that is estimated to generate at least twice the volume of illicit proceeds earned from drug trafficking.”

In the NTFRA we are told:

“The NTFRA finds that the U.S. Government has made it substantially more difficult for terrorist organizations to raise and move money through the U.S. financial system since the September 11, 2001 attacks. A notable trend highlighted in the report is a decrease in the use of the U.S banking system for terrorist financing-related transactions, as terrorists are forced into more expensive and less efficient methods to facilitate terrorist financing, such as cash smuggling.”

Very positive—but perhaps some credit is owed to responsive and proactive financial institutions? We hear all the time about the valuable data obtained from the private sector. Would it hurt to include that fact in this public and important document?

Credit for efforts (If you drill  very deeply)

Looking for the same theme in the NMLRA? Get your microscope.

Here is an interesting passage:

Wait, here is something—in the conclusion, after 100 pages:

If you were looking for recognition of the many cases made from the committed men and women in AML from the private sector, maybe it will be in the next edition?

But don’t take my word for it.

* The Byrds from 1966 and the first line is “8 miles high and when you touch down, you'll find that it's stranger than known.”

More in this category: « “I read the news today, oh boy”* “Change Partners”* »
back to top