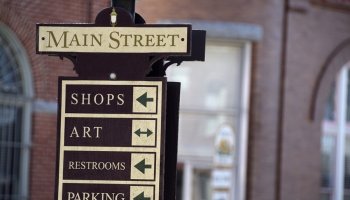 A coalition of lenders, investors and small business groups has thrown its weight behind a move to improve transparency of borrowing costs in New York.

The bill is awaiting sign off from Governor Andrew Cuomo.

The Responsible Business Lending Coalition (RBLC) praised Ken Zebrowski, a member of the New York Assembly, and Senator Kevin Thomas of the New York Senate for their work in introducing and promoting the legislation.

The bill – known as the ‘Truth in Lending’ Act – passed on Thursday following corresponding votes in the Senate and Assembly.

“Clear and concise language from lenders will allow entrepreneurs to easily shop and compare financing offers, thereby empowering them to make the best financial decisions for their businesses,” the RBLC said in a statement.

The coalition estimated that small business across New York would save between $369 million and $1.75 billion a year through being able to see more clearly how much it costs to borrow money.

In a post on twitter on July 24, Senator Thomas said lawmakers needed to support small businesses “now more than ever”.

New York is only the second state to pass a ‘Truth in Lending’ Act for small businesses, after California enacted its own version in 2018.

Richard Neiman, head of public policy at peer-to-peer loans company LendingClub and a former New York state superintendent of banks, said: “During a difficult time for small businesses, this is much-needed good news. Truth-in-lending will empower small businesses to choose the best financing for them. And healthy price competition will reward innovations that provide better loans and lower rates.

“During the last economic crisis, we learned a valuable lesson that must guide us today: alignment of incentives between borrowers and lenders benefits all of us. This Small Business Truth in Lending Act does just that.”

The bill could particularly help minority business owners, according to the RBLC, given that official figures from the Federal Reserve show that this group was more likely to have worse outcomes from loan applications. Black- and Hispanic-owned businesses were also more likely to use online lenders, the Fed reported: 41% and 43%, respectively, compared to 32% of White-owned businesses.

Online lenders played a role in facilitating thousands of small business loans through the Paycheck Protection Program as of July 10, according to the Small Business Administration. More than 5 million loans have now been granted through the program.