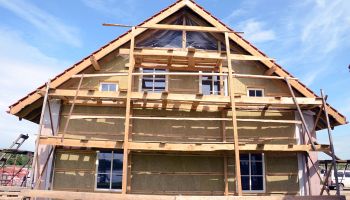 With interest rates at historically low levels, there are not many options available for banks as they to try to generate yield. But one emerging lending category continues to be one- to four-family residential construction loans, which continued their upward swing in the fourth quarter of 2014.

Quarter over quarter, one-to-four-family residential construction loan growth for U.S. banks and thrifts was 2.89%, while year-over-year growth was 21.03%, an SNL analysis found. Those figures are in aggregate for all commercial banks and savings banks that filed financials in all three of those reporting periods.

Janney Capital Markets analyst Sameer Gokhale told SNL that residential construction seems to be an increasing focus for the regional banks in particular.

“From the standpoint of the banks, this seems to be an especially interesting area because there seems to be more demand driven by investors for these properties," he said.

At the same time, competition is heating up as more banks focus on trying to bolster that loan portfolio, Gokhale said. Other asset types have seen so much yield compression that, on a relative basis, residential construction loans seem to be a more attractive way for banks to grow their portfolios. "We've seen much more margin compression in the traditional C&I loans, auto loans, and various consumer loans," he said. "So despite the competition, this is probably a better place for banks to be growing."

But Keefe Bruyette & Woods Inc. analyst Damon DelMonte told SNL that, at least in the Midwest, there has not been a strong uptick in outstandings for residential construction lending. The emphasis in the Midwest continues to be on traditional commercial real estate and C&I lending, he said. Still, he said it is not surprising to see an uptick in that category across the nation as it is reflective of the increasing health of the economy and consumer confidence.

"It seems like access to loans for consumers has started to pick up the pace a little bit," DelMonte said. "For a period of time, it seemed like the lending standards had tightened so much that credit wasn't available to consumers."

Slightly lower interest rates and home prices in markets across the country contributed to an increase in nationwide housing affordability in the fourth quarter of 2014, according to the National Association of Home Builders/Wells Fargo Housing Opportunity Index released Feb. 19. The national median home price declined from $220,800 in the third quarter to $215,000 in the fourth quarter. Meanwhile, average mortgage interest rates decreased from 4.35% to 4.29% in the same period.

In rural areas of the Midwest there has been a traditional pattern of demand being met by available supply in residential construction without one getting ahead of the other, DelMonte said. "You're going to continue to see projects going up at a measured pace and the demand being there to support that supply without the two getting out of whack," he said.

In some parts of the country—including the Southeast—a great deal of supply came into the market at the beginning of the recession while the demand was not present. But in some of those areas that "got burned" during the recession, the excess inventory has finally been absorbed and demand is now catching up, DelMonte said. At the same time, lending standards are now more conducive for renters to obtain mortgages.

"People who maybe lost their house and have been in an apartment for the last three years because they couldn't afford their mortgage are seeing their credit get better … and might be looking to build a house now," DelMonte said.

The Mortgage Bankers Association's Builder Application Survey for January 2015 showed mortgage applications for new home purchases increased by 29% compared to the previous month. Relative to a year ago, new home sales were up 2.6% on an unadjusted basis. In a Feb. 12 press release, Lynn Fisher, MBA's Vice President of Research and Economics, cited an improving labor market and low interest rates for the increase.

It does not appear that a sharp increase in interest rates is imminent given the pace of economic growth, according to Gokhale. Because of that, there will not be a significant level of outflow of residential construction loans for quite some time, he said. "I think you have a bit of runway here. I would say there are at least another couple of years in which to drive relatively strong growth," he said.