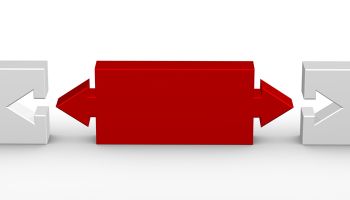 Diebold, Inc., and Wincor Nixdorf AG have inked a business combination agreement in which Diebold will launch a voluntary public tender offer to all Wincor Nixdorf shareholders.

“Our new company will be well positioned for growth in high-value services and software—particularly in the areas of managed services, branch automation, mobile and omnichannel solutions—across a broader customer base,” said Andy Mattes, Diebold president and CEO.

The companies said that this transaction is expected to yield approximately $160 million of annual cost synergies. The combined company will target non-GAAP operating margin in excess of 9% by the end of the third full year following completion of the transaction.

In a message to its customers, Wincor Nixdorf indicated the combined company—to be called Diebold Nixdorf—would provide the following:

• An integrated offer of innovative hardware, software and services.

• An installed base of nearly one million ATMs, along with end-to-end software and service solutions.

• Harmonized hardware product offers that should offer efficiencies of scale, resulting in the ability to reinvest in research and development for software and services.

• Lead in the areas of digitalization, branch transformation, and omnichannel sales.

The combined company’s collective capabilities and established global market presence will offer a broader range of services and solutions across its customer base, the companies said.

The transaction will be implemented through a voluntary public tender offer for all outstanding shares of Wincor Nixdorf. Diebold expects the offer to commence during the first quarter of 2016. It will be managed from two operational headquarters: one in North Canton, Ohio, and the other in Paderborn, Germany.