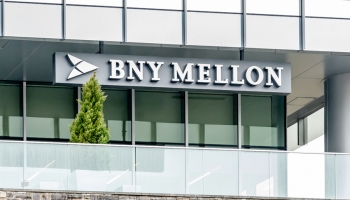 BNY Mellon has become the latest bank to enter the digital assets space with the launch of a dedicated business unit.

The banking giant’s Digital Assets unit aims to “accelerate the development of solutions and capabilities to help clients address growing and evolving needs related to the growth of digital assets, including cryptocurrencies”, according to a statement from the company.

BNY Mellon – which has more than $41 trillion in assets under custody worldwide – has claimed to be the first global bank to offer an integrated service for custody, administration, and trading of digital assets.

“The Digital Assets unit plans to deliver a secure infrastructure for transferring, safekeeping and issuing digital assets,” said Mike Demissie, head of advanced solutions at BNY Mellon and head of the new unit.

“Consistent with our open-architecture approach, the unit will leverage BNY Mellon's digital expertise and leading technologies from fintechs and other collaborators to speed up product development and help our clients tap into the best available solutions in the market.”

The development comes after a series of announcements from US regulators paving the way for crypto-assets to become mainstream in the banking sector. The Office for the Comptroller of the Currency announced in July 2020 that banks could handle cryptocurrencies, and subsequently cleared them to process payments using crypto currencies in January.

Caroline Butler, the bank’s head of custody, added that digital assets capabilities were “critical to transforming the future of custody”.

The Digital Assets unit is scheduled to begin servicing clients later this year subject to further evaluations and approvals.

However, the American Bankers Association and other financial services trade groups have criticized these approvals, arguing that the usual processes have not been followed.

Separately, blockchain specialist company Aventus has launched a new protocol to improve the scalability and efficiency of distributed ledger technology.

In a statement announcing the launch of its Aventus Network (AvN), the company said it would enable any stakeholder in the financial and consumer services value chains to “develop and implement efficient, highly secure and future-proof blockchain solutions”.

The network is designed to build on the Ethereum platform that has previously been the main blockchain technology for cryptocurrency transactions.

The company claims that its new platform is 133 times faster than Ethereum, with the ability to process up to 2,000 transactions a second – compared to its rival’s 15 per second. Transaction costs are $0.01 on average, less than 1% of Ethereum’s average cost.

Alan Vey, co-founder and CEO of Aventus, said: “Several years of development and comprehensive testing in the making, AvN is built on the belief that Ethereum is brilliant – the philosophy of decentralisation, its high levels of versatility and security, and its incredible community of creative developers and enthusiasts.

“However, it’s limited, and we want to remove those limitations so that any organisation that could benefit from blockchain has the opportunity to.”