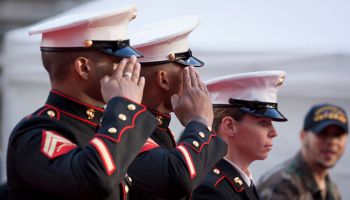 The Comptroller’s Office recently assessed a $20 million civil penalty against Wells Fargo Bank and ordered the bank to make restitution to customers that the agency says were harmed by violations of the Servicemembers Civil Relief Act (SCRA).

OCC claims that between 2006 and 2016, Wells Fargo violated three separate provisions of SCRA by failing to:

• Accurately disclose servicemembers’ active duty status to a court prior to evicting servicemembers who defaulted on rent or mortgage payments.

Protecting those who protect us

SCRA is intended to postpone or suspend certain financial obligations of servicemembers while they are on active duty. The law offers wide protections against mortgage and rental payment default and credit card debt, as well as latitude to terminate leases on homes, cars, and cell phones if the servicemember is being relocated for more than 90 days.

A landlord may not evict a servicemember’s family for unpaid rent without obtaining a court order. (That is, unless the total exceeds $3,329.84 per month.) Nor may a loan holder repossess a servicemember’s vehicle without a court’s authorization—so long as the loan agreement was made and the deposit or first installment paid before the servicemember went on active duty.

SCRA protection begins on the date of entering active duty and generally terminates within 30 to 90 days after the date of discharge from active duty.

Yet the protections are not automatic. Some require written notification, such as the cancellation of a housing rental agreement. Others, such as a request for the 6% loan rate, require the servicemember to show that their finances have been materially damaged by military service.

For example, if a minister earning $95,000 a year is also an Army Reservist and called into active duty as a chaplain, he’ll earn an average annual rate of $46,000 and likely would qualify. But a Reservist earning $72,000 in his civilian job as a computer programmer would have a more difficult case to make were he called to active duty and paid the Army’s $93,000 annual average for a comparable position.

Like many banks, Wells Fargo provides on its website information to servicemembers about SCRA and how to avail themselves of its benefits. The bank explains that it not only honors the act’s requirements, but also offers additional benefits, including mortgage assistance to servicemembers who can't keep up with payments.

Moreover, Wells Fargo specifically instructs them, “If you have been called to active duty, or are the spouse, partner in civil union, domestic partner, or financial dependent of a person who has been called to active duty, and you haven't yet made us aware of your status, please contact us as indicated below.” The bank lists for the departments dedicated to military customers.

However, OCC seems to suggest that even though the SCRA protections have to be invoked by individual servicemembers, it is the obligation of banks to know which of their customers qualify.

Addressing the Association of Military Banks last year, OCC Deputy Comptroller Grovetta Gardineer said, “Banks have been directed to improve SCRA-compliance policies and procedures for determining whether servicemembers are eligible for requested SCRA-related benefits in all accounts the borrower may have—not just the account that is the subject of the request. We also expect that banks ensure that they calculate SCRA benefits correctly and have procedures for verifying the status of servicemembers’ eligibility for SCRA protections before seeking default judgments on extensions of credit, and before initiating the foreclosure or repossession process.”

Gardineer added that OCC had instituted an annual review of SCRA compliance in the bank examination process—even though such a review is not required by law.

Perhaps not surprisingly, regulators immediately discovered offenses. Last year the Department of Justice claimed five of the nation’s largest mortgage servicers—JP Morgan Chase, Wells Fargo, Citi, GMAC Mortgage, and Bank of America—had proceeded with foreclosures in violation of the SCRA. To settle the charges, the lenders paid a combined $123 million to 952 service members.

Wells Fargo is the latest target of vehicle-repossession violations, agreeing last month to pay $4.1 million to settle allegations by the DOJ that the bank seized 413 cars owned by servicemembers without obtaining a court order. This summer HSBC Finance Corp. agreed to pay $434,500 to settle charges that it repossessed 75 cars owned by servicemembers without obtaining necessary court orders. DOJ also filed suit against a Michigan-based credit union, COPOCO, for repossessing an Army private’s car while he was away at military training. The credit union’s offense was that it had no written procedures in place to check the Defense Department’s database to see if any of its customers had been called into active duty.

Bankers may wonder whether that is the obligation of lenders or whether, as the law seems to dictate, the responsibility lies with servicemembers to inform creditors of their status. Linda Doan, president and CEO of COPOCO, said after her company was charged, “We would never intentionally repossess the vehicle of a member who is serving active duty in the military.”