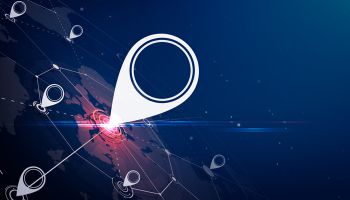 Being in the moment where the customer is will increasingly be the goal for retail bankers.

Much as financial executives might hope otherwise, America does not wake up wishing to do some banking.

“It’s about living, it’s not about banking,” said Howie Wu. “In their minds, the first thought is not “I have to go to the bank’.”

Wu, vice-president of digital at BECU, originally founded as the Boeing credit union, acknowledged during a panel discussion at Finovate Fall 2017 that increasingly the user experience in banking is about bringing the bank to the customer.

During the panel discussion it was noted that even when banking services are as close as an app on a smartphone, banking apps are rarely among those accessed several times a day. Thus, unless a bank can bring customers to its app when financial needs intersect with their lives, it has failed in the increasingly popular goal among bankers: Meeting customers where they are. Expressed another way, serving customers “in the moment.”

Wu and fellow panelists discussed the challenges to improving the user experience for banking customers. He said ultimately success or failure hinged on the customer’s perception of their financial provider’s intent and accomplishment.

“Are we really solving a human problem?” said Wu. “That’s the lens that people are looking at us through.”

In Wu’s view, consumers look at financial services in terms of what they want to accomplish, typically, not the industry’s particular mechanism for delivering the answer to that need.

Patrick Kelly, assistant vice-president at USAA for emerging technology, said banks don’t typically deliver what customers need online in a way that is obvious to them because there is a mismatch between both sides’ perceptions.

“The cultural barrier is that we still look at the world through a transactional glass,” said Kelly. Part of this occurs because of how banks make money—a good portion of revenue comes through interchange fees, Kelly pointed out.

However, the typical bank website’s organization shows how deep this cultural barrier can be. Kelly pointed out that typical website menus are static, grouped the way the industry thinks of its products. Far better, he says, is a dynamic menu approach. This enables a bank’s site to change up what choices and paths the customer sees, based on the kinds of queries they have been putting to the site.

At present, Kelly said, USAA has moved from static menus to dynamic ones that are adjusted based on a business rules approach. Coming down the line, he said, will be artificial intelligence that will makes such shifts for each customer. He compared the current approach to a set of independent "tiles". What tites a customer sees arrayed on the web page will be dictated by the interaction up to that point with the website.

Many examples of such advanced approaches exist online already, according to session moderator Eric Hazard, CEO of Vested Ventures. (The firm makes strategic investments in startup fintech companies and also provides them with communications assistance.)

Hazard said that Amazon, The Knot, Priceline.com, and more internet brands illustrate the potential for tailoring what a consumer sees to their past behavior, preferences, and recent choices. Dozens of points about the Amazon home page, for example, are tailored to the individual user.

Another example of the banking-consumer cultural gap, according to Kelly, is the many times customers must complete forms with information they have already provided to the company.

Panelists broadly agreed that the barrier will come down substantially over the next five years, as visits to branches continue to trend down.

“In most experience areas," said Wu, "more technology will be the expectation in the next five years.”