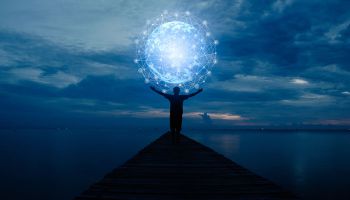 More banks are actively investing in fintech companies whose apps they use. Live Oak Bank’s Canapi, Inc., is one example. Managing Director Neil Underwood explains why “open APIs” are the key to banks’ future.

Neil Underwood laughs when he thinks about how often he’s seen the term “API” appearing in the banking trade media in the past 24 months.

“API” is a technical software term standing for application programming interface. It’s been around for decades, Underwood points out, but has now taken on much broader significance, hence all the mentions it’s starting to receive in the media and in bank c-suites.

Although Underwood chuckles at the adoption of such a technical term into banking nomenclature, he’s all business when it comes to APIs’ significance. So much so that the letters “api” are incorporated in the name of the tech investment venture he leads—Canapi, Inc. The name is pronounced like the word “canopy,” but the spelling underscores the significance Underwood attaches to the “open API” trend in bank technology.

Among other things, open APIs facilitate the ability of any company to implement the ever-increasing array of devices by which consumers can access information—including banking information.

The internet of things has spawned a host of digital access devices beyond mobile phones. Underwood ticks off several: Alexa, Apple TV, Google Home, various wearables, chatbots from Facebook or other messenger apps.

“There are an increasing number of applications and devices that will have to access the bank in a secure, scalable way,” says Underwood. “That’s what APIs allow.”

And companies that incorporate them are what interests Canapi.

Who Canapi invests in

Canapi is a wholly owned subsidiary of Live Oak Bancshares, parent of fast-growing Live Oak Bank, the second largest SBA lender (closing in on Wells Fargo). Live Oak Bank operates nationwide using an unusual model developed by founder and CEO James S. “Chip” Mahan III. The bank developed its own loan software using the cloud-based Salesforce.com platform as its foundation. This eventually became nCino, founded by Underwood and Mahan and spun off in 2012 into a separate company. Underwood is president of the bank holding company and managing director of Canapi.

Last week Canapi announced it had joined several banks and other investors in participating in a round of Series A financing for Greenlight Financial Technology, Inc. The fintech company created a smart debit card for kids, teens, and college students that allows parents to monitor and control how the money on the card is spent.

Canapi co-invests in fintech companies with other “like-minded banks that recognize technology is a differentiator,” says Underwood. In addition, those banks often use the software they’re investing in.

A press release issued Feb. 9 when Canapi officially launched said the company “aims to create an ecosystem of like-minded companies that focus on digital banking transformation.”

Other companies in which Canapi has invested are Finxact (core system), Payrailz (payments), and DefenseStorm (big data and cybersecurity) along with two companies launched by Live Oak Bancshares: Apiture (digital banking platform) and nCino (lending platform).

Currently, Canapi is funded totally by Live Oak Bancshares. Underwood says the organization is exploring ways to expand that. One possibility he mentioned is to create a larger more strategic fund—a fintech fund. Very few such funds are owned by a bank, he says. Most banks invest from within the holding company.

Underwood declined to disclose the size of Live Oak Bancshares’ funding commitment, except to say that it’s “material.”

1. Companies have CEOs and leadership teams that have done this before. “This is not the next 24 year-old Facebook CEO in the world of online transaction processing, you have to have experience,” says Underwood.

2. Applications are built on native cloud platforms that take advantage of advancements in virtualization. Examples include Amazon Web Services, Microsoft Azure, and Force.com.

3. The investment involves the concept of “strategic capital.” Unlike New York and Silicon Valley private equity money, investments made by Canapi and others are combined with actually using the software on their site.

4. Companies “must be maniacal”—Underwood’s words—about the use of application programming interfaces as a common principle.

“The second flavor,” says Underwood, “is any company that can drive down our cost of funds—that gives us the ability to access lower-cost deposits through our technology infrastructure.”

Regarding the second, Underwood explains that Live Oak Bank is “one of the fastest-growing banks in the country,” which presents a funding challenge for a bank that has one physical branch in Wilmington, N.C. Direct funding via the internet and brokered funds supplies much of its needs, but Underwood says management would like to leverage the company’s technology platform and investment unit to add additional noninterest bearing deposit options. He cites their veterinary practice market as an example.

Live Oak’s business model targets various SBA vertical markets, and one of the first in their portfolio was the vet market, where they have a heavy presence. Underwood says Canapi is investing in the producer of cloud-based veterinary practice management software. As one of its features, this software enables a veterinary practice to open an account with Live Oak Bank by simply clicking a button.

“We’ve already got the TIN, partner names, and other information needed,” says Underwood. “It’s an example of frictionless onboarding—they don’t have to go to a website; it happens through APIs.” The software company is onboarding 100 vets a week, says Underwood, which gives the bank access to thousands of vets through one relationship and the potential to open up new deposit accounts through industry channels versus their current model.

A statement you sometimes hear is: “Banks today are more technology companies than they are banks.”

Not all bankers agree with it. But Underwood does.

Explaining, he says, “Multiple banks’ online banking platforms recently have simply gone down. The fallout from that is massive,” he adds, at a time when people are going into branches much less.

“The digital channel is the way customers access a financial institution and it’s got to be up 24/7,” says Underwood. “Banks’ data centers have to evolve to native cloud-based applications.”

Underwood agrees that the term “cloud” has had a litany of meanings over the years, and not all cloud services are created equal. Ultimately, he says, “the pivot point is around the notion of virtualization and managed services.” he says. Virtualization arrived eight to ten years ago, he adds, and was a complete paradigm shift from the way things were done before.

Companies that are building applications for managed services and cloud, says Underwood, will benefit greatly from standpoint of cost, security, and scalability compared to deployment of older scenarios.

Asked how far along banking overall is in making the transition to an open API—i.e. truly digital—platform, Underwood responds with two words: “Just beginning.”

He says banks need to be contemplating the migration now.

“You’ve seen the outages, and all the new devices,” he says. “Those banks that contemplate it now and deliver it sooner will be the winners of the consumers out there. This is not a static environment where you have all the time in the world,” Underwood continues. “In my mind it’s a three-year journey. Not five or ten.”

In the fintech world, three years may seem like an eternity, but Underwood explains that the due diligence alone within a bank takes six to nine months; contracts another six months.

Technology is not the holdup

The irony, he says, is that technologically the changes can be done in seconds—“they call it spinning up an org, or spinning up a new environment.” Back in his days at S1, says Underwood, when a new customer would sign up, it would take nine months just to get the environment ready—order the hardware, put it in a data center, hire a technician, a database architect, an entire tech stack.

That can now be done in seconds.

Core systems can stay as they are for a while, he believes. Digital banking platforms can sit on top of (or in front of, if you prefer) the core systems as has been the case for some time. But eventually this will change, says Underwood.

The mission of Finxact, one of the Canapi investments, is to ultimately allow banks to replace their cores as well,” says Underwood. “They would still have front-end systems, but would have a next-gen core.”

There are three challengers to banks, according to Underwood: other banks, fintechs, and the Facebooks, Amazons, and Googles out there. Amazon, he notes, is already lending to small businesses in partnership with Bank of America.

Nonbank companies cannot directly take deposits, he notes, so there are still some statutory and regulatory factors in banks’ favor. Nevertheless, Underwood believes that without a doubt the tech giants will continue to try to drive more customer focus on their platforms than banks’.

“Look, says Underwood, referring to Amazon et al, “they have so much capital and are so smart, and financial [services] is the biggest sector out there—we’d be foolish to think they’re not going to come into our sector in a big way.”

“We as an industry have to think about interacting with customer through digital channels in ways we haven’t before,” he says. “The fintechs are out there proving you can do it.”

Ultimately Underwood believes that in ten years the banking landscape will look completely different. The transition will be over.