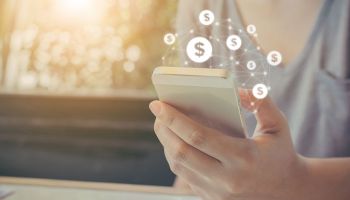 Months after the digital-oriented startup confirmed that it was raising capital to buy an existing bank, Nano Financial Holdings Inc. has announced its first deal.

Nano, an unlisted special-purpose acquisition company, was formed in 2017. It is helmed by former executives of California Republic Bank, a 2007 de novo that sold in 2016.

"We want to be a leader in the commercial banking space with providing security and digital banking solutions that aren't there," he added. "We really believe that, especially in our space, the bank's No. 1 job is to protect the deposits."

He said Nano has developed patented money-wiring technology. "Some of our clients, they do thousands of wires a month, and millions of dollars in these transactions," he said.

He noted that the company also plans to use digital signature onboarding and other digital platforms. He said the technology is not cryptocurrency-related.

He said much of Nano's growth is bolstered by CEO Mark Rebal's long-term client relationships.

"A lot of our clients have large deposit relationships and large loans," he said. "We were talking about this stuff years ago and developed ideas and thoughts on this that, eventually, when we wanted to start our own venture, we [knew what we] wanted to do."

In a Sept. 15, 2017, Form D filed with the Securities and Exchange Commission, the company disclosed that it was raising $150 million in equity. Cappello said the company has raised more than $60 million in stock subscriptions and is on track to raise about $200 million.

"Well over 90% of it is former customers of our bankers from their time at California Republic and other banks," Cappello told S&P Global Market Intelligence. "They have a very loyal following in this community. The average investor is writing a very big check."

Cappello is also chairman and CEO of Cappello Global LLC, which is listed as a sales compensation recipient in the private placement.

"Their ability to raise the amount of capital that they were able to put together is pretty impressive," Commerce Bank CEO Scott Andrews said in an interview. "I think their track record with their previous experience really spoke to the board in terms of their ability to execute their business plan."

"You can't just go buy a bunch of banks," he said. "You have to do that slowly and carefully. Especially in the beginning."

The deal is subject to shareholder and regulatory approvals. Andrews called it a "great deal" for Commerce Bank shareholders.

In April 2017, AltaPacific Bancorp terminated its deal with Commerce Bank, after Commerce Bank shareholders rejected the $15.9 million cash-and-stock transaction. That deal was valued at 128.8% of book and tangible book. The Nano deal is valued at 173.4%, according to SNL calculations.