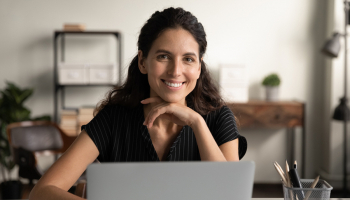 Four in 10 Americans feel that using digital banking tools has made them more empowered to take control of their finances, according to KeyBank.

The bank’s latest Financial Mobility Survey, which polled 1,081 Americans between the ages of 18 and 70, found that self-reported “financial experts” who more heavily relied on digital banking tools were more likely to say they were very confident in growing their finances than those who have less experience with digital banking tools.

It reported that 44% of survey respondents who reported their “financial savviness” as “expert” said they relied more on digital banking tools in 2021 than in 2020. Less than a quarter in the categories “savvier than most”, “somewhat savvy” and “not financially savvy” could say the same.

Jamie Warder, head of digital banking at Keybank, said: “As we continue down the path of digitally rooted banking experiences, it's important for banks and financial institutions to push for education and adoption among all demographics, so no consumer is left behind.”

KeyBank’s survey also found that respondents under the age of 35 preferred a combination of digital and in-person banking, while older respondents were more likely to prefer using digital banking tools exclusively.

Warder explained: “We are now seeing a growing number of younger individuals desiring the human connection and personalized financial advice provided by a banking professional.

“This is especially the case as these individuals navigate the uncertainty and risk associated with ‘financial firsts’, such as purchasing a home, buying a car or having a child.”

A separate survey by JD Power found that, while customers were happy with retail banks’ digital channels, they were often not satisfied that retail banks were saving them time or money.