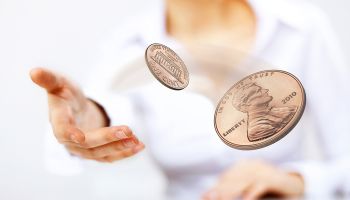 Recently the CEO of one of my client banks died, which brought the thoughts behind this week’s blog to the forefront. Three words of advice regarding succession: Plan for it!

How important is planning for management and board succession?

Well, the easy answer is “not important at all”—that is, until you need it.

It’s somewhat like insurance. When you do need it, you need it quickly, which is why it is imperative that a plan be in place that can be executed literally on a moment’s notice. As I have indicated in past blogs, the board’s overall obligation is to enhance shareholder value. A portion of that obligation involves assuring appropriate board and management succession (at least management at the top level). Two tasks, intertwined.

Board succession: Get the question asked

Board succession, while critical, is often not as time sensitive as management succession. The paramount issue with respect to board succession is understanding the track on which board vacancies will occur as a result of retirement—voluntarily or mandatorily.

Compared to management succession, board succession is generally more orderly because, one way or another, you can map out vacancies. If you have an older board, someone needs to sit down with each board member and ask the board member when he or she is going to retire. (One candidate is the outside facilitator who handles your planning retreat.)

These discussions can certainly take place without offending anyone. In my experience with these issues, the rest of the board members oftentimes have been pleasantly surprised when the older board member (who everyone was afraid to approach regarding retirement) announces that he or she plans not to stand for election at the next annual meeting.

Once the likely timing of board succession is determined, then the board needs to set up a governance mechanism through the nominating committee or some other committee to determine the characteristics needed for the new board member.

Another essential is to determine how much investment or “skin in the game” a director must have to sit on the board. No, we are not “selling” board seats (though that does occur sometimes). It is simply that most boards do not want someone with no financial stake in the bank making decisions about the bank.

Once the list of characteristics is finalized, the board should then create the list of potential candidates, vet the list, and begin to discuss the possibility as to which candidates an offer of board membership will be extended.

Flip side: Management succession, early or on schedule

When the board discusses management succession, the board needs to deal with both short-term and long- term succession issues.

Short-term succession involves an unexpected departure or inability to show up for work—the CEO won the lottery, got backed over by a beer truck, hit by a bus, or any one of the favorite trite sayings.

If the CEO does not show up for work or cannot, due to death or incapacitation, then what is the plan? The board needs to be fully advised of that plan and must comfortable with it.

Long-term succession for the CEO also requires extensive planning. Just as directors need to be asked when they plan to retire, the CEO needs to be asked when he or she plans to retire. I always recommend that the board get a definitive date or at least a commitment that the CEO will provide at least 18 months’ notice of a likely retirement.

Often a CEO will want to move to a part-time position. Some boards entertain this as an excellent idea, and some boards basically think “If you are going part time, you are not committed, so we just need to make the transition.”

I am not sure there is a right or wrong answer on that, but it is an issue the board needs to address.

Should CEO remain on the board?

The board also needs to determine whether the CEO will remain on the board of directors.

I was recently with a board discussing CEO succession, and the CEO indicated he had no interest in remaining on the board after his departure from the bank. He did not think that was fair to the incoming CEO.

That may be true. But if the CEO does not remain on the board, the company loses significant corporate knowledge—“institutional memory,” as they say.

Also, the bank loses the ability of an experienced banker on the board to making sure that the institution is still moving in the right direction.

Self-interest also plays a role. By the time the CEO nears retirement, the CEO often has a significant ownership position in the bank, directly or through an ESOP or KSOP. The retired executive will want to keep an eye on that. If the CEO goes off the board as a succession issue, then it may be appropriate for the company to buy that stock back.

As I said, my recent experience prompted this blog. Be sure your bank never finds itself lacking for succession arrangements.

More in this category: « Public or private? Time to acquire? »
back to top