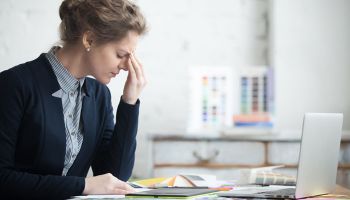 We all read much in the financial press these days about “corporate culture”—often when cultures stumble.

Culture should rank as an important subject. Often, it holds the key to understanding how corporate misbehaviors occur and are perpetuated. Often, experts tout corporate culture as the fix for such misbehaviors.

Maybe part of the solution is to start small. A sage once said something about the man who could conquer others was strong, but that he who could conquer himself was mighty. What is harder to control than one's own mouth?

An obviousity? Or a forgotten solution?

An article in The Wall Street Journal the other day discussed the importance of civility in achieving success in our interpersonal actions in the workplace. An environment where conversation between and among co-workers is civil is a workplace that’s characteristically more productive.

In a way this is a blinding flash of the obvious. Subordinates are almost always civil to seniors and co-workers understand that cooperation among fellow employees is enhanced by a modicum of politeness in the way each of us communicates.

But let’s consider this a bit.

I had a boss for the last three years of my working life who was an officer of the holding company. He worked 500 miles away from my day-to-day workplace. He was a hard-charging executive, a longtime employee of the company, and a man not known for excessive small talk or workplace friendships.

Coworkers within my own bank and at the holding company, in moments of candor, would ask me questions that came down to: “How can you stand to work for that guy?”

I was consistent in my responses—not for political reasons but for reasons of fact. I liked—and respected him—personally and professionally.

He had a few lines he would regularly deliver on various subjects that distilled his strongly held thoughts, opinions, and biases developed over a long working career, one characterized by increasing levels of responsibility and authority.

One that I particularly came to appreciate was the distillation of his view on workplace cooperation:

As I came to know this man, I learned and sensed his true feelings and opinions about many people he interacted with. These were people who were also in my circle of regular contact points within the company. He was unfailingly courteous and respectful of seniors, peers, and subordinates. And he clearly proved to be someone who got things done.

I came to both understand and appreciate the worth of his aphorism about getting along with coworkers.

I contrast him with another boss I had a few years before who was the CEO of the bank. He was a man of high intelligence and quit wit.

Occasionally he liked to “shoot the breeze” with his management team. I enjoyed these random sessions, at first.

But after a time, I came to understand that his style of humor was ultimately demeaning. He often shared amusing anecdotes about people, often customers of the bank, in a way that was frequently at their expense. The stories seemed always to be on them and when the humor was stripped away, they often seemed mean-spirited.

In a word, they were uncivil.

I chaired the senior credit committee in those days. The CEO, while not a regular attendee, would sometimes join the meeting. He always had something to add to the discussions, often of a constructive nature. But occasionally, his anecdotes had a barb to them.

My ultimate conclusion after watching and listening to such conversations was that he was subtly influencing opinions of the committee members regarding some of the borrowers and their ultimate creditworthiness.

In other words, he was—by his position and through occasionally thoughtless comments—exercising a potentially negative influence on our specific deliberations. I’m sure that this was neither conscious nor deliberate. But it was unnecessary and I’m sure it created doubt and uncertainty in the minds of some of the younger participants at our meetings.

I never thought over my many years as a banker that lending money, done properly, was a cushy job.

We hustle for business and then expend our energy in serving our customers primarily by being the customer’s advocate with our credit committee as well as monitoring customers’ activity.

• We are accountable to our customers for being ethical and upstanding in our dealings.

• We are accountable to our employers for an honest day’s work.

• And we are accountable to them and the general public for the responsible exercise of our credit authority in producing and managing sound credit deals by which we build our banks and our communities.

How many of us when reading news and other postings on the internet tarry a few moments and read some of the readers’ comments?

I sometimes do and never fail to be impressed with the crudity and coarseness of many comments. It’s the anonymity that the forum provides that produces such a result. Can you imagine how difficult it would be to conduct a similar face-to-face dialogue with such careless disregard for personal respect and sensitivity to the other parties involved?

This is a prime example to me of “the epoxy that lubricates the wheels of progress.”

Anger and resentment are not positive motivators. Getting along with others helps get things done and there’s no place for anything short of civility in our interpersonal relationships.

A synonym for “civility” could be “manners.”

I recall reading years ago that “Manners are the air in the pneumatic tires of life.”

Well put, I thought, both then and now and in much the same way as my old boss’s admonition that all of us earn a significant amount of our pay for getting along with our coworkers.

More in this category: « Borrower: “Why fly commercial?” Looking forward, looking backward »
back to top