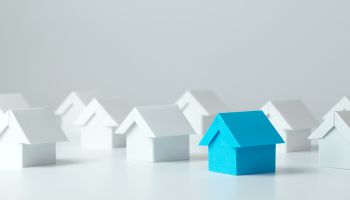 Nonbank mortgage lenders continued to win market share in 2016 at the expense of the nation's largest banks.

Of the top 20 mortgage originators in 2016, 12 were mortgage banking shops, including a few companies making massive leaps.

A total of five nonbank lenders posted year-over-year origination growth in excess of 50%, headlined by Blackstone Group LP-owned Finance of America Mortgage LLC with a nearly 400% increase from its 2015 origination mark, catapulting the company to the No. 13 lender from No. 77 a year prior. Blackstone also owns Stearns Lending LLC, giving the massive asset manager two units in the top 20 mortgage originators.

The change in the No. 5 spot was emblematic of the nonbank growth and the pullback among banks as Citibank NA dropped to No. 10 and nonbank lender loanDepot.com LLC jumped into the top five.

Across the industry, low rates helped keep refinance volume high and allowed for year-over-year growth in total funded loans. In 2016, the industry originated $2.17 trillion of mortgages, up from $1.84 trillion in 2015. The loan approval rate ticked down slightly to 52.1% from 52.5%.

Some reduction by design

"The trend that it confirmed, once again, is that banks have pulled back not just from government lending but overall," said Guy Cecala, CEO of Inside Mortgage Finance.

Banks have backed away from government lending in the wake of billions in fines emanating from the 2008 financial crisis. Some bankers were particularly perturbed by the government's aggressive use of the False Claims Act for loans insured by the Federal Housing Administration.

JPMorgan executives took a very public stance against the government's actions, saying the bank would no longer participate in FHA loans. In 2016, FHA-insured loans accounted for just 0.23% of JPMorgan's volume by loan value, down from 6.05% in 2013. Accordingly, the bank has been more focused on jumbo mortgages and has grown its multifamily lending business, as evidenced by its large average funded loan size of $512,000 in 2016, a 5.3% year-over-year increase. The industrywide average was $260,000. 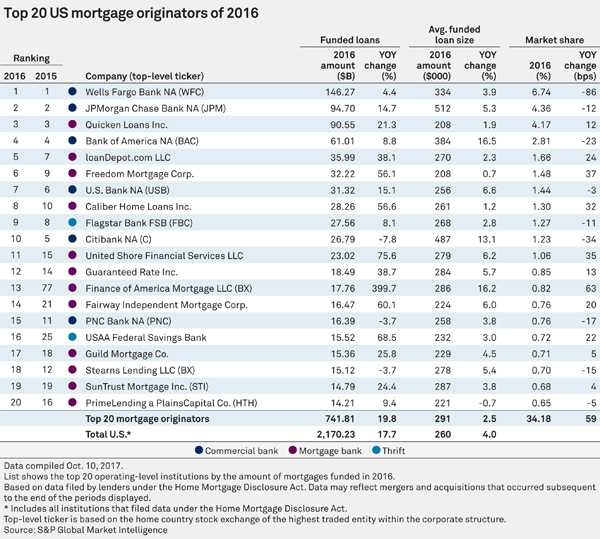 At the same time, some depository institutions have been able to report gains in mortgage market share. One traditional depository to post a particularly large jump was USAA Federal Savings Bank, which saw a 69% year-over-year increase in 2016. Another depository focused on military veterans, Navy FCU, was also up albeit more modestly with a 4% increase in funded loans by dollar value.

"They have very strong customer affinities, and that's the key," said Marina Walsh, vice-president of industry analysis for the Mortgage Bankers Association. "That's the secret sauce on the depository side. Even the largest banks, what they're focused on is the bank customer going forward, especially as we're entering a purchase market and refinances are drying up." 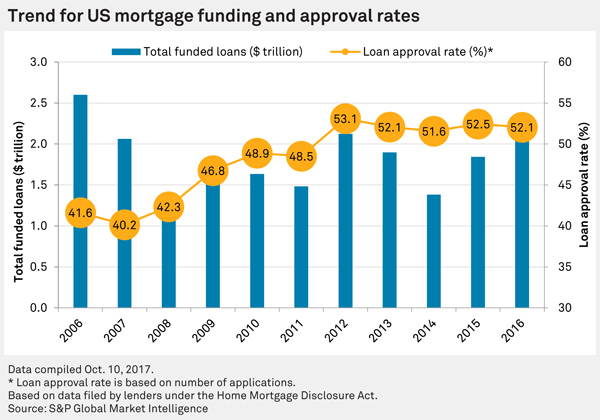